Malaga is one of the eight provinces of Andalusia. It is located in the south of the Iberian Peninsula, on the Mediterranean coast. Its capital is the city of Malaga.

The territory of Malaga has been inhabited since ancient times, as shown by the dolmens of Antequera and cave paintings. Nowadays, the province is mainly famous for its coastline, the Costa del Sol. Here is the second most important city of Malaga, Marbella. But Malaga is not only coast and skyscrapers.

The largest mountainous areas are Serranía de Ronda and Sierra Bermeja (southeast) and Sierras of Almijara, Tejeda and Alhama (east). Approximately 33% of the territory is located between 0 – 400 m, 33% between 400 and 800 m and 33% between 800 – 2000 m. The forest areas correspond to Mediterranean forest; pine and holm oak forests.

The narrow strip between the mountains and the sea shows a great diversity of landscapes: cliffs, mouths, beaches, coves and dunes. Sandy areas occupy most of the Costa del Sol, except for some rocky stretches in, for example, Mijas and the cliffs of Maro, in Nerja.

The main river in Malaga is the Guadalhorce. It runs through the province from north to south, collecting the waters of almost half of Malaga. Other important rivers are the Guadiaro and its tributary, the Genal, river Verde, Guadalmansa and Guadalmina.

In these rivers, there are many spectacular natural pools, but you have to know where they are, how to get there and when to go. Below you will find a selection of the best natural pools, waterfalls, rivers and lakes in Malaga. Mythical places like the river Chillar (by Nerja), Pantano del Chorro (near the well-known caminito del rey), Barranco Blanco or Cueva del Gato. 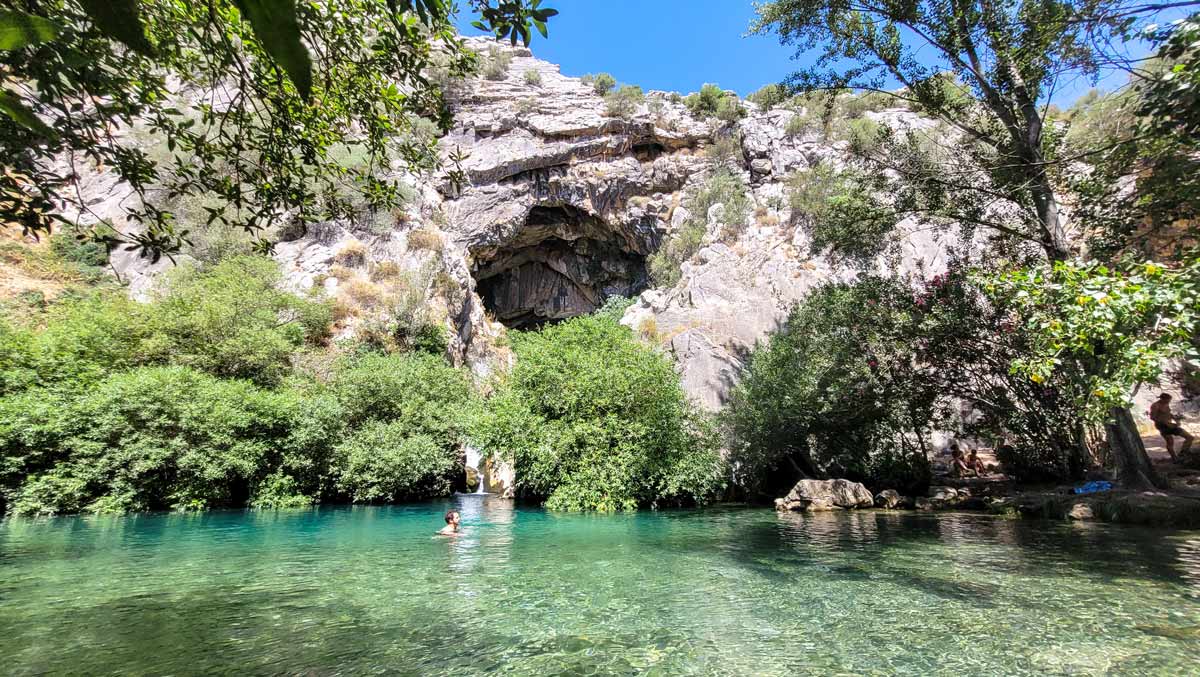 Cueva del GatoHuge cave (8 km long) with a spectacular natural pool at its feet, with cold crystalline blue water, surrounded by trees. Located within the Sierra de Grazalema natural park, 15 km west of Ronda, Málaga.Introduction Photos How to get...