The province of Huesca is in the north of Spain, bordering France. The capital of the province, also called Huesca, concentrates a quarter of the province’s population. It’s the second most mountainous province in Spain. The Pyrenees occupy more than half of it.

In the south of Huesca, there is a wide plain, the Central Depression of the river Ebro. Trees are scarce and scrub predominates.

In the north, the Pyrenees make the relief very mountainous. Here the vegetation consists of a large variety of trees such as holm oaks, gall oaks, oaks, and beeches. Yet the highest peaks of the Pyrenees, above 2,600 m, have perpetual snow lodged in glacial cirques (Monte Perdido, Maladeta). River erosion, caused by ice and snow, has cut deep transversal valleys throughout the north of Huesca.

Stunning crystalline rivers cross these amazing valleys. The most known rivers in this region are the river Cinca, the Ara and the Vero. There are many wild, spectacular spots and swimming holes in these rivers for admiring or wild swimming, but you have to know where they are.

Discover below the best natural pools and places to swim in Huesca. To find a specific type of spot (e.g. waterfall or river), use the filter below. 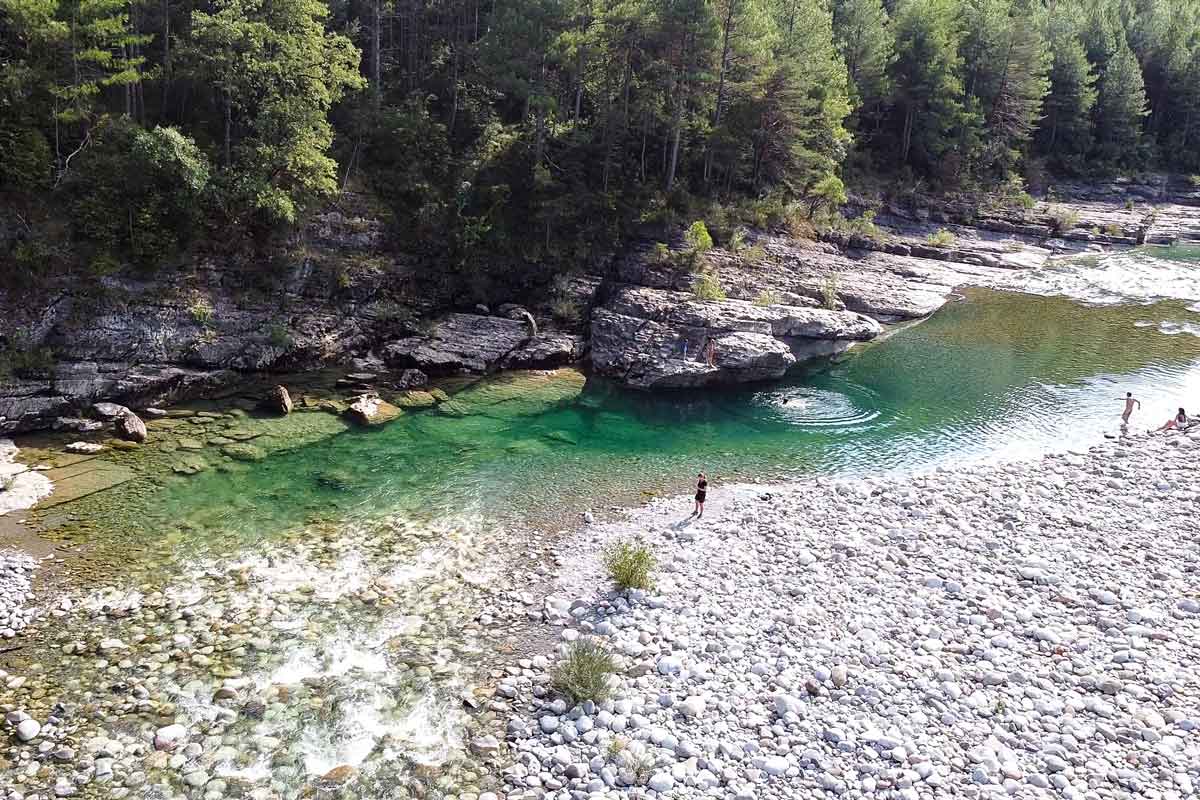 Cinca RiverStunning river born in the Ordesa Park, Huesca (Spain). It's the Pyrenean river with the highest flow. In this area, its crystalline blue water has created several spectacular natural pools (Gorgas de Puértolas).Introduction Photos How to... 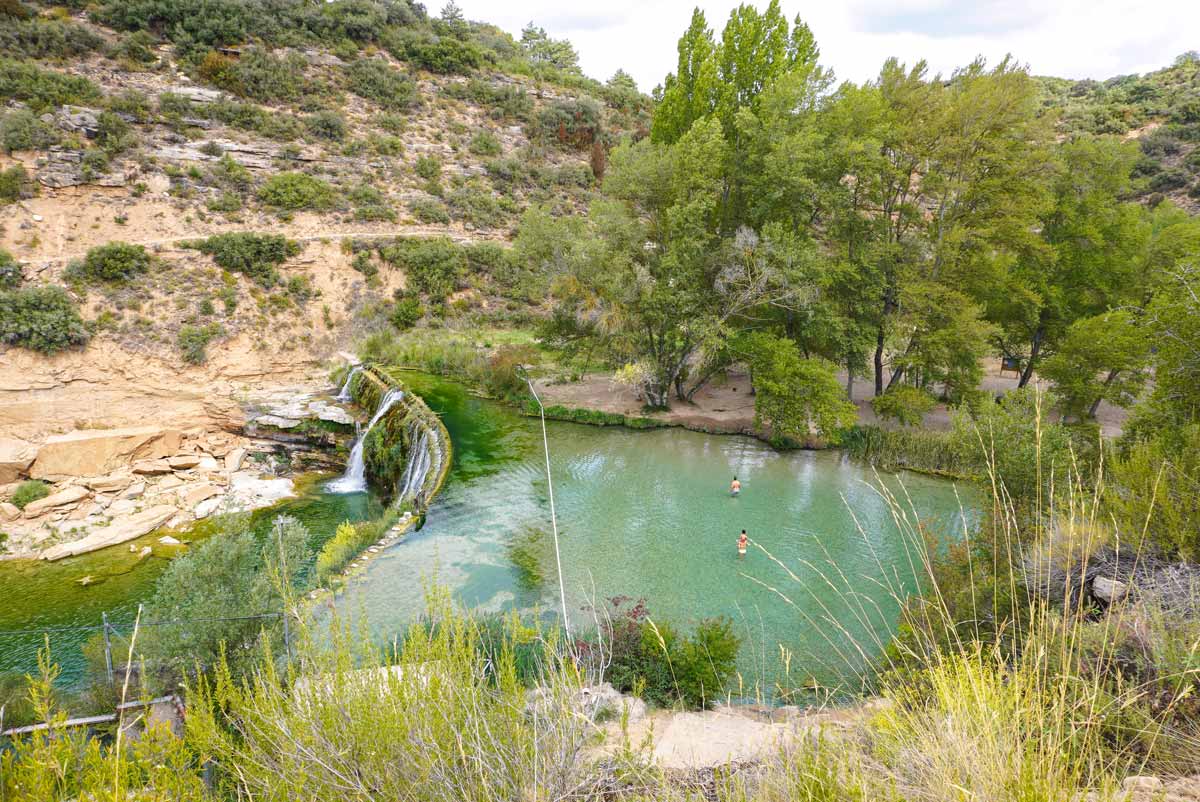 Salto de BiergeBeautiful 200 m long natural pool in the river, with a 10 m waterfall created by a dam. Located in the Sierra Guara Natural Park, Huesca (Spain).Introduction Photos How to get There Where to Park Map When to Go Price Activities y... 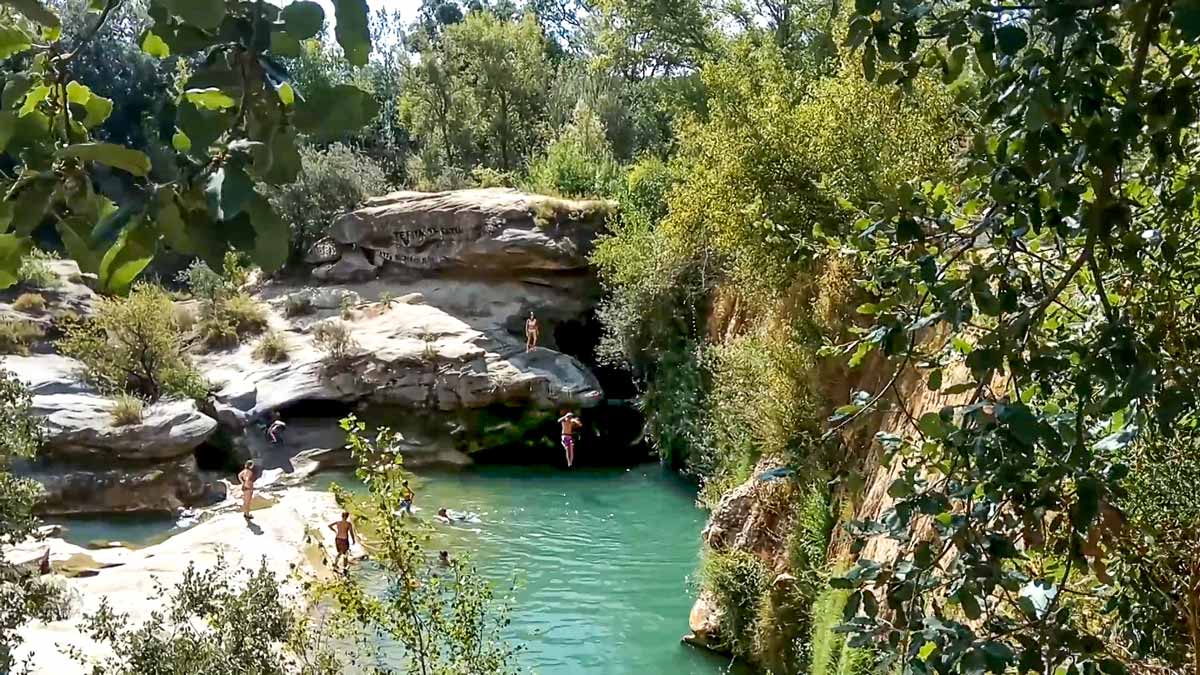 Pozán de VeroVillage with a beautiful green water pool with large flat rocks around to lie down on. When there is a large flow, there is a waterfall. Located 1.4 km from the village of Pozán de Vero, in Huesca, south of the Pyrenees.... 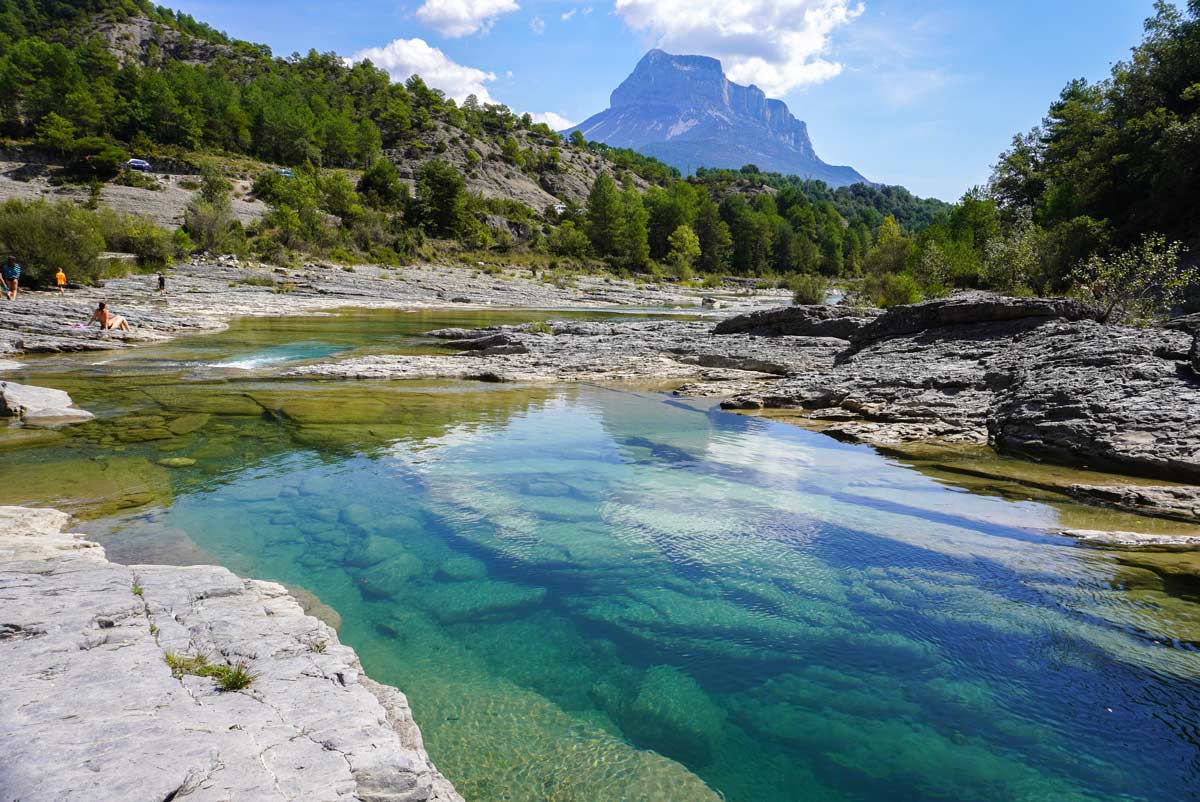 PuyarruegoCosy little village with a castle at the top, from where you can see the crystal clear pools of the Bellós River surrounded by the impressive Pyrenees mountains. Located in the north of Huesca (Spain).Introduction Photos How to get There...