Jaén is a Spanish province located in the northeast of Andalusia, in the south of the Iberian Peninsula. Its capital is the city of Jaén.

In the central part, occupying most of the province is the upper and middle basin of the Guadalquivir River. To the north is the Sierra Morena (highest peak, Estrella, 1289 m). To the east, the sierras of Cazorla and Segura (Cabañas, 2036 m). To the south, the Subbética mountain range, forming the sierras Sur, la Pandera, Jabalcuz and Mágina. Pico Mágina is the highest in the province (2164 m). The sierras are dominated by pine forests.

Jaén has an extensive natural area. It is the Spanish province with the largest protected area. Among them are the four Natural Parks: Sierra Mágina, Sierra de Andújar, Despeñaperros and the Sierras de Cazorla, Segura and Las Villas.

The main rivers in the province are the Guadalquivir and the Segura.
The River Guadalquivir rises in the Sierra de Cazorla. It then flows through 7 other provinces of Andalusia, followed by Murcia, Albacete, Ciudad Real and Badajoz. It flows into the Atlantic Ocean in Cádiz, next to the Doñana National Park. It is the fifth longest river on the Iberian Peninsula (657 km). It flows through cities such as Cordoba and Seville. The tributaries of the Guadalquivir include the river Genil (considered the longest tributary in Spain), Guadaíra, Guadiana Menor and the fascinating river Borosa.

The Segura River is an important river in southeastern Spain (length 325 km). It rises in Jaén, in the Sierra de Segura, as an impressive turquoise blue, crystal clear, magical natural pool, which seems to be connected to the centre of the earth. It then passes through the provinces of Albacete, Murcia and Alicante, where it flows into the Mediterranean. Many of its tributaries are in privileged natural environments, with impressive natural pools. Some of these rivers are: Alhárabe, Mula, Madera, Tus, Mundo, Bogarra or Madera and Chícamo.

In some of these rivers, there are spectacular natural pools, but you have to know where they are, how to get there and when to go. Below you will find a selection of the best natural pools, waterfalls, lakes, and places in rivers in Jaén. 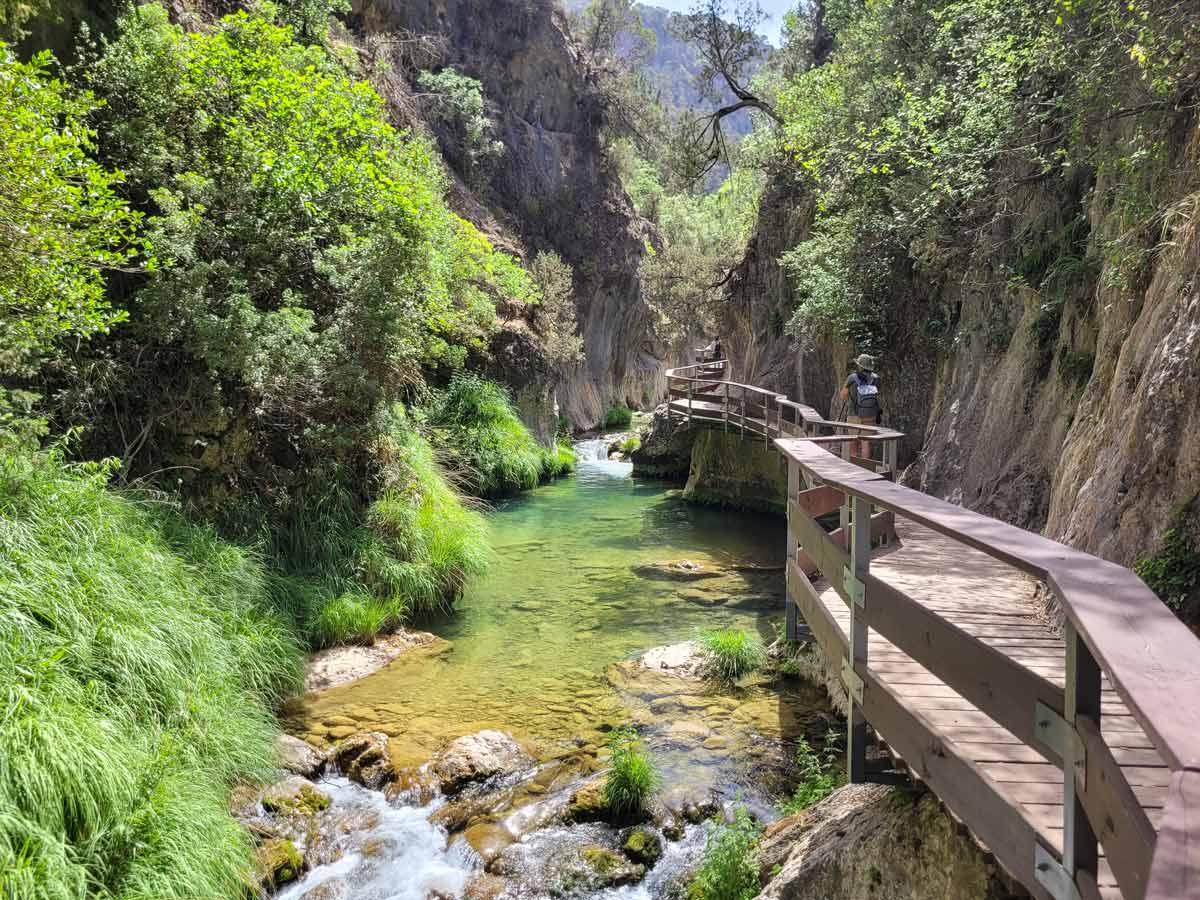 Borosa RiverSpectacular 13 km long river with a very diverse landscape, crystal clear emerald green natural pools and waterfalls. Located in the Sierra de Segura, Jaén.Introduction Photos How to get There Where to Park Map When to Go Price Activities...