The province of Albacete is in the southeast interior of Spain. Half of the population lives in the province capital (also called Albacete). The continental Mediterranean climate predominates, with harsh winters and hot summers.

The province of Albacete consists of a wide plain (about 700 m above sea level). In the south are the more mountainous areas. La Atalaya is the highest mountain in the province (2083 m). There are several protected areas, such as Lagunas de Ruidera, Calares del Mundo and de la Sima natural park.

Albacete is home to part of the four main Spanish river basins (Guadiana, Guadalquivir, Júcar and Segura). The Albacete mountain range divides the river flow into two directions: the Atlantic Ocean and the Mediterranean Sea. The main rivers are the Júcar and the Segura and their tributaries, such as the Cabriel.

In the north of Albacete, the Júcar flows through an impressive, steep canyon. It also runs through towns such as Alcalá del Júcar, with a splendid river beach. The south of Albacete, is home to the Guadalquivir, the Guadiana and the Segura tributaries, such as the Zumeta, Tus and Mundo. Many of these are among the most visited in Albacete, such as the source of the Mundo river.

To the west of Albacete, bordering the province of Ciudad Real, is one of the most visited places in Albacete: the ‘Lagunas de Ruidera’ lagoons. The province also has a large number of lakes and reservoirs.

There are many other wild and spectacular spots and swimming holes in these rivers, reservoirs and lagoons for admiring or wild swimming. Yet, you have to know where they are.

Discover below the best natural pools and places to swim in Albacete. To find a specific type of spot (e.g. waterfall or river), use the filter below. 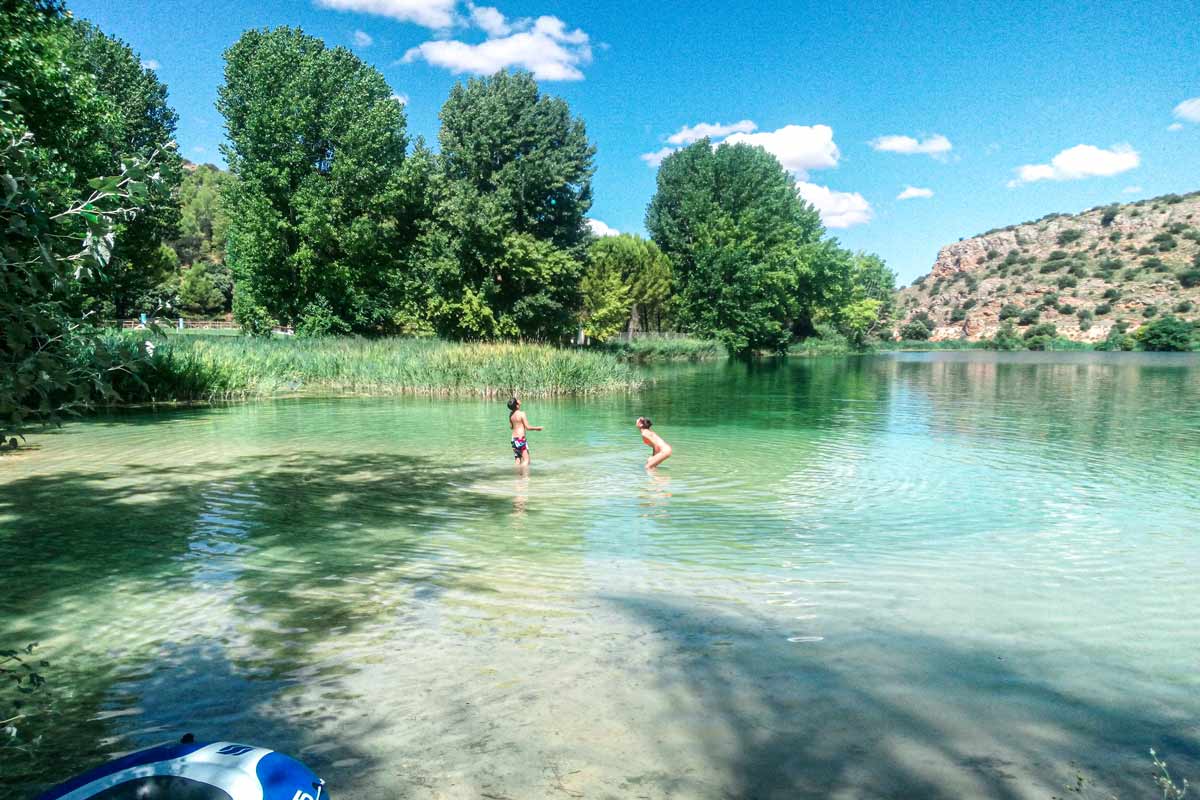 Lagunas de RuideraBeautiful wetland composed of 15 deep blue lagoons and a reservoir. They are connected by streams and waterfalls. Located between the provinces of Albacete and Ciudad Real (Spain).Introduction Photos How to get There Where to Park...