The Best Places to Swim

Ibiza is a Spanish island with turquoise, crystalline waters in the Mediterranean Sea. Together with Majorca, Minorca, Formentera and Cabrera they form the Balearic Islands. It’s the second most populated Balearic island after Majorca, and the fifth in Spain. The maximum distance from north to south is 41 km and from east to west, 15 km.

It has several mountains, but they are not high. Sa Talaia, is the highest, with 475 m. Ibiza is located just 79 km east of the Iberian Peninsula, in front of Denia (Alicante). The island is known for its crystal clear waters, parties and discos, which attract many tourists.

Santa Eulalia del Rio, the only river in the Balearic Islands, has been dry for many years. However, the crystalline blue seawater and unique rock formations have created stunning beaches. There are many spectacular wild swimming spots and beaches along the coast. Yet, you have to know where they are.

Discover below the best beaches and places to swim in Ibiza. 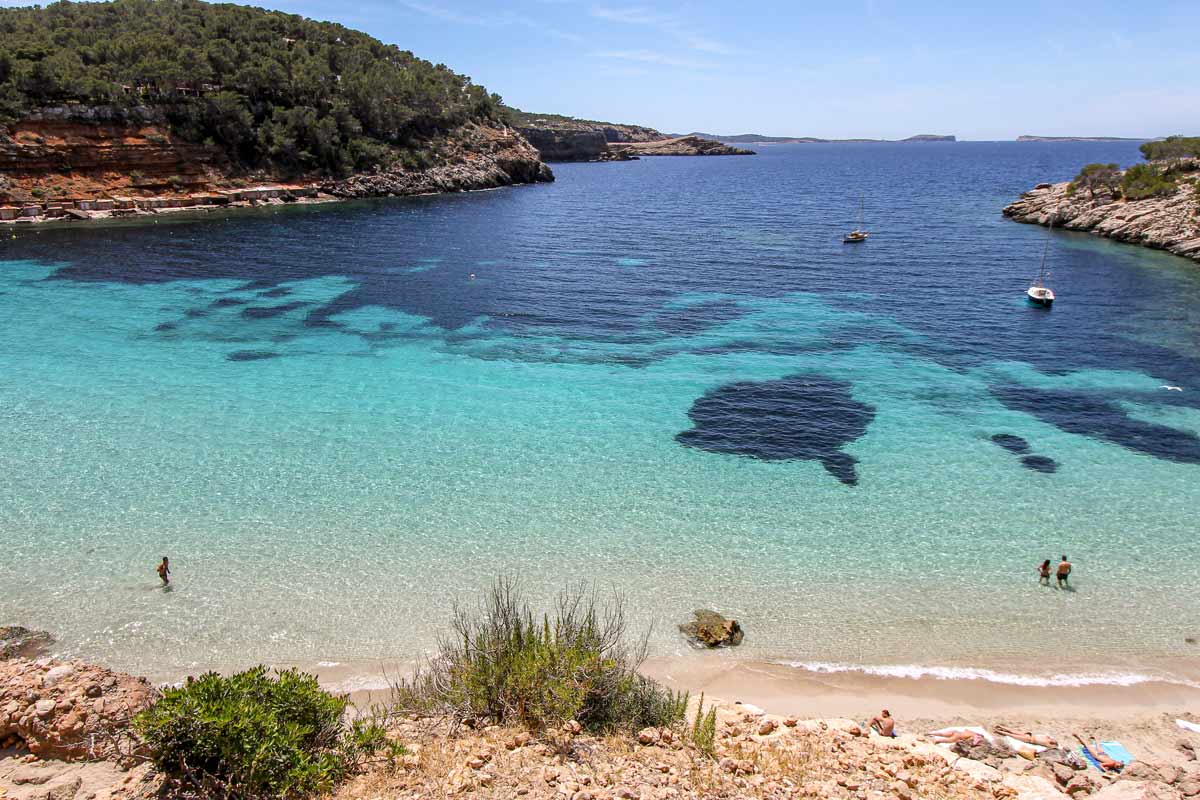 Cala SaladaCala Salada and Cala Saladeta are two stunning twin coves with crystalline blue water. They are in a closed bay surrounded by pine trees in Ibiza (Spain).Introduction Photos How to get There Where to Park Map When to Go Price Activities y...